Where No Wall Remains began as a thought experiment about migration. When Gideon Lester invited Tania El Khoury to co-curate the festival with him, she suggested that they focus on the notion of “borders.” “Migration is older than borders,” Tania explained to me, “people have always migrated towards better opportunities… or away from wars.” Tania believes that the notion of borders invites us to reflect on “our  responsibility towards each other, both at these borders, and as a general global community… Borders are actively applied, they are fabricated [to establish and perpetuate] economic and territorial greed.” Within established political borders where oppression exists, privilege also exists. Because the border decides who is allowed in and who isn’t, Tania feels it is also the responsibility of the privileged, those allowed in, to resist this oppression. “Struggle and oppression may create culture, but that culture does not excuse it [oppression].” Imagining a world without borders is therefore not about imagining a world without difference or without boundaries. “There will always be borders within the body and mind, there will always be differences,” but what is most important for Tania is that we have the choice and freedom to pass through those boundaries at our own will.

There are places and moments where the structure of the border seem to fade, despite the border’s and its effects’ infiltration into “our everyday lives, and being felt all the time.” Tania recalled the first time she drove through Europe, “passing through multiple countries without needing to stop at a particular frontier. Seeing the road signs change their languages, the landscape  change, that’s how you knew you’ve entered a different country.” Tania imagines a world where instead of being forced to stop at man-made borders, “when you see a mountain, you’d stop. When you reach the sea, you’d stop. She explains that she doesn’t “see any cultural benefit in establishing national borders.” In fact within one small country such as Lebanon, “different kinds of food cultures, accents, and even music exists.” A world without borders means a world where the land dictates our movement, and where cultural differences can coexist and thrive simultaneously. 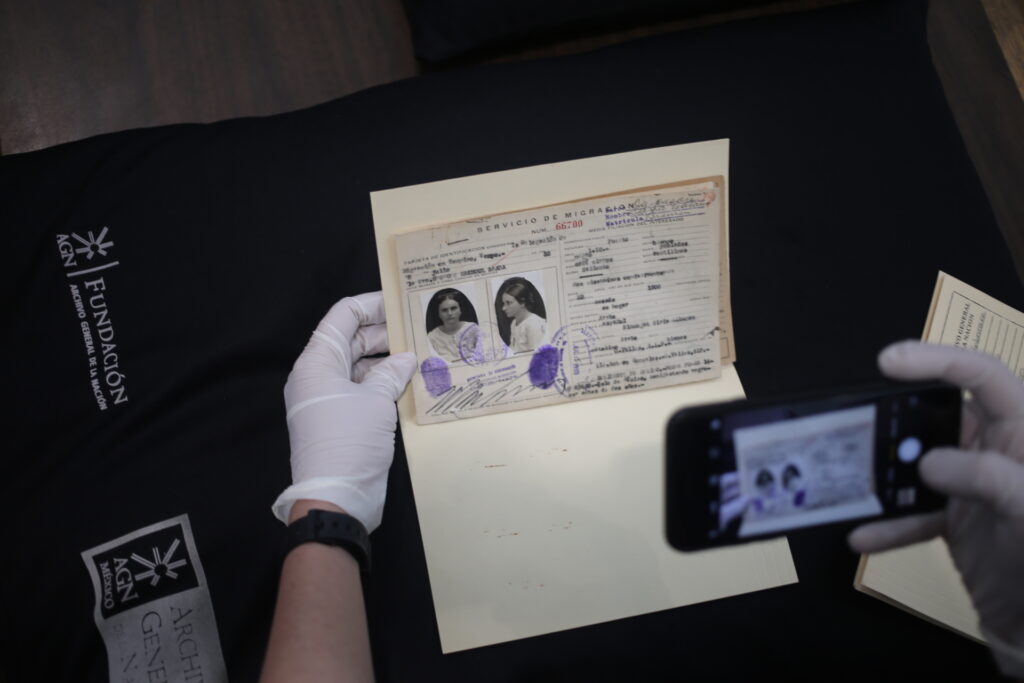 Cultural Exchange Rate explores Tania’s family history, focusing on her grandfather’s emigration from his border village in Lebanon-Syria to Mexico. “I’ve known my whole life [about her grandfather’s journey], it just wasn’t really spoken about.” Mexican nationalization laws, allow for the descendants of Mexican citizens to obtain that status. For Tania, proving her grandfather’s Mexican citizenship is difficult due to poor record keeping, and records destroyed by war. The struggle elucidates the increasing solidification and oppressive function of national borders. Although still hopeful in obtaining her Mexican citizenship, Tania was able to obtain new relationships with her family in Mexico and stories of her past. She’s more recently thought about how “just one person moving affects the lives, languages, resources, culture, [etc.] of everyone who comes after that in the family.”

Where No Wall Remains begins today! Join us in examining borders and how we may transcend them; to imagine a world where difference can exist fluidly, without fear of oppression and exploitation; and to experience the collaboration and efforts of artists from around the world, who have come together to share their personal and honest experiences with each other, and the world.