I had the pleasure of talking with Jason de León earlier this week about his work on Hostile Terrain 94 (HT94) and how his syllabus recommendations influenced its creation. Jason described his “formative years” as being heavily steeped in punk rock. A crucible of punk rock in the early 90’s into the early 2000’s was the late zine, published by Maximum RocknRoll (MRR), aptly titled, Book Your Own Fuckin’ Life (BYOFL). Jason transitioned into academia through anthropology; his focus is the Sonoran Desert between Arizona and Mexico. As his work continued in the region, clandestine migration from Latin America to the US came to the fore of Jason’s work, sparking the creation of the Undocumented Migration Project (UMP). These two chapters of Jason’s life, punk rock and his studies of the Sonoran Desert, contributed heavily (through unexpected yet uncontrived ways) to the creation of HT94.

Debuting as more of a how to book your own punk rock performance/tour in a column of MRR, Book Your Own Fuckin’ Life evolved into its own publication in 1992 with 65 pages of punk rock performance listings. Punk rockers from all over the country (and eventually the world) would submit their gigs, ranging from basement parties to fully produced shows. It was a network that came full circle; equally depending on the participation of submissions and those putting them together. BYOFL was essentially the “phone book” of the punk rock community; it was the job of the individual to figure out what they could and wanted to see. Jason de León participated in 7 editions of BYFOL. During these years, alternative rock band, Fishbone, caught the attention of Jason. An all black band, that Jason admires for their “no regard for genre or rules;” he saw them as “eclectic and highly political.” Their DIY approach to music making: mixing funk, ska, rock, reggae and their ability to create a singular, yet multifaceted identity, turned Jason into a self described “die hard” fan. 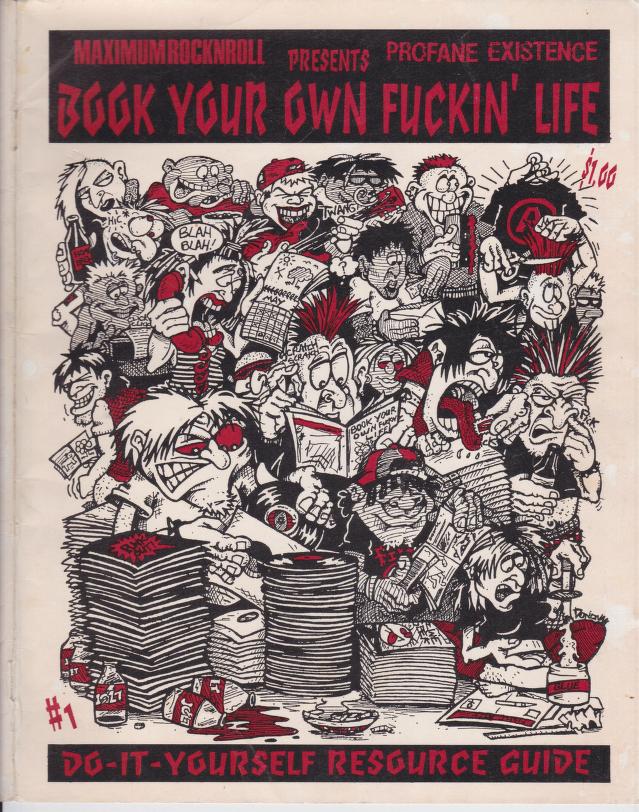 Cover to first edition of “Book Your Own Fuckin’ Life” (https://archive.org/details/byofl_01)

As Jason became more invested in his anthropology studies, he soon found himself in constant contact with migrants from Latin America and others affected by them. As he searched for relics from the distant past, he became “much more interested in the stories [of clandestine migration] than what was in the ground.”  Unfortunately the stories that he heard in the deserts, were supported by evidence found in them. Remnants of migration from Latin America to the United States litter the Sonoran Desert. Clothes and supplies left behind mark the signs of journeys continued, but bodies and bones signify the end of a journey. A journey that Jason believes is preventable.

The goal of HT94 is to give more “nuanced insight” into “why and how” people, especially from Latin America, migrate, that is equally accessible as it is educational. Jason wants more people, to be “more educated” on migration so that they can “push back” in conversations on and around it. “People have always been on the move, migration is human nature… but the migration we see today is not normal… it’s not ‘natural selection,’” Jason explained to me, “it’s preventable… whether it be from drug wars or climate change” there are things that we can do to stop the root of the forced, mass migrations that we see all over the world.

Inspired by Fishbone, Jason wanted to figure out how to put “all of [his] influences into one thing… [pushing him to] reinvent [his] work and be challenged.” Jason was looking for a “cheap, accessible way” to share what he’s found on migration without being “well meaning, but elitist.” The DIY nature of BYFOL, and the punk community in general, was Jason’s answer. Reminiscent of Book Your Own Fuckin’ Life, Jason and his team have put together what they want to share in one place, for anyone to participate in. Each iteration has a specific meaning to the place where it will be hosted and to its audiences; and it is up to what that community and its participants decide where to take that experience. Hostile Terrain 94 will be installed in 160 different locations, internationally, in community venues like churches, and larger, professional institutions like the Fisher Center at Bard.

There’s no stage in HT94, the “audience and performance are on the same level;” it is an invitation to take a moment to be “up close and personal” with an issue that seems increasingly cumbersome to grapple with. HT94 is a physical engagement with individuals who have perished migrating north, giving an “overwhelming, broader perspective [on a] humanitarian crisis” that is going unchecked. “You’ll never know what to expect,” Jason describes the act of filling out one of the more than 3,200 toe tags (usually placed on the dead found in the desert) included in the exhibit, “they could share your name, birthday, be from a place you’ve been… you’ll find out in what condition the body was found… that moment [to connect, whatever it may be] is powerful.” HT94 calls for us to recognize the stories and humanity of migrants and the magnitude of life lost to “unnatural” migration. 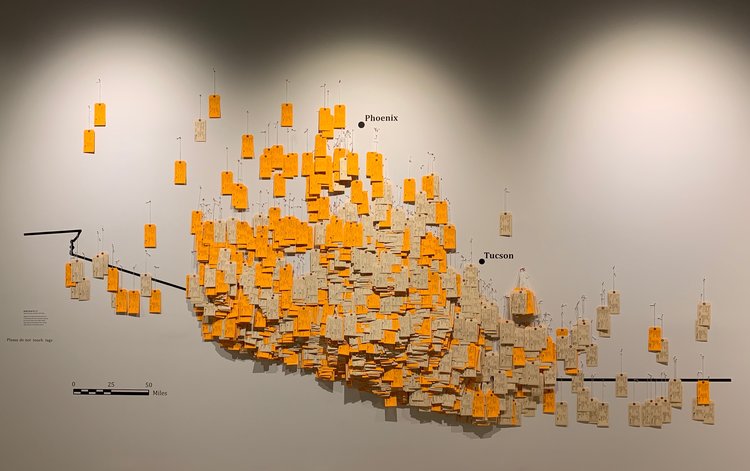 Jason and his team are excited to join us for Where No Wall Remains. Although he won’t be able to physically join us, Jason expressed that the invitation to share his work was “humbling” and is excited for Bard to “see the project for what it is.” Hostile Terrain 94 will be up in Weis Atrium (LUMA Lobby) from November 21-24.